In traditional Chinese medicine,cordyceps sinensis is considered to benefit the lung and kidney channels. It is commonly used by the elder in China as a type of "super ginseng" for rejuvenation and stamina.Cordyceps polysaccharide first gained recognition in the medical science field in the early 1990's. A team of Chinese runners broke nine world records at the track and field championships held in Germany. The team's coach later attributed this success to the team's use of a Cordyceps polysaccharide based tonic that boosted levels of energy, vitality, endurance and stamina in the body. Thus resulting in Cordyceps being one of the top supplements used by world athletes today. 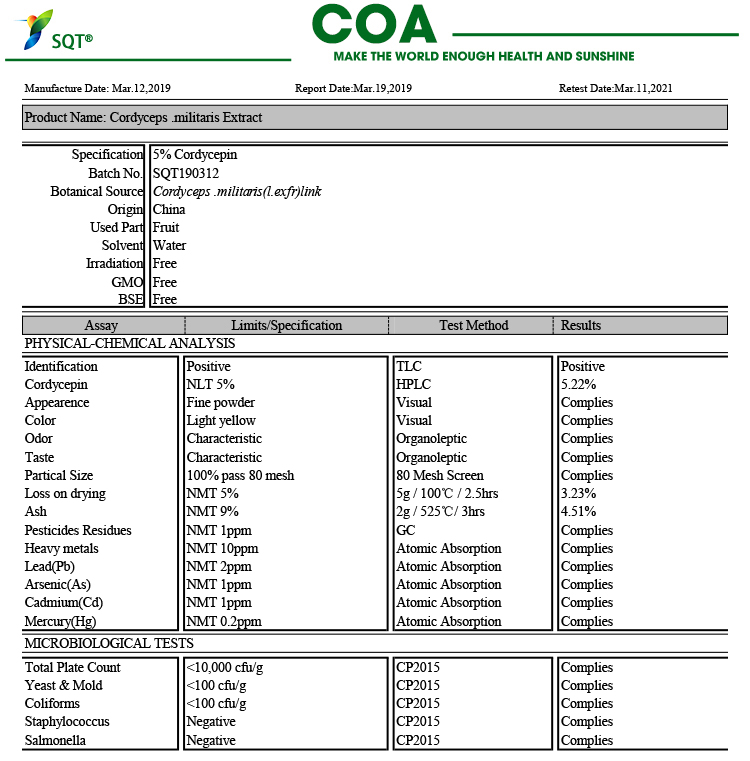 2.Applied in food field,cordyceps sinensis powder extract is used as food additives added into many kinds of product;

3.Applied in pharmaceutical field,cordyceps sinensis powder extract can be used as the basic drugs to treat cerebrovascular disease.